Kicker and his owner Andrew are best friends. The young man and his four-year-old pup enjoy the outdoors and doing extreme sports together.

The first day that Andrew Muse brought Kicker home, the energetic puppy started running and jumping around, and following Andrew everywhere he went. Andrew said he instantly knew his new puppy would be the perfect companion for him. 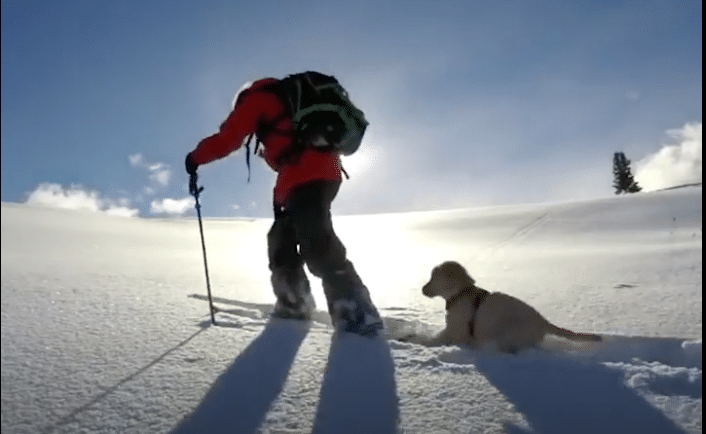 When he was just a puppy, Kicker traveled the United States with Andrew for six months. Andrew says the being on the road feels natural to his dog, and the van feels like home to both of them. Kicker loves the mountains, where they go snowboarding and play in the snow and water. 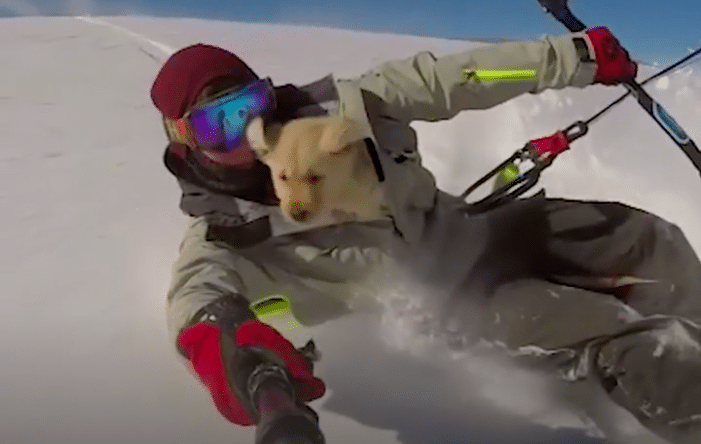 As active as Andrew is, he says he can barely keep up with his playful dog. Andrew boasts that Kicker is a superior athlete to himself and is very proud of his dog. Andrew participates in all kinds of sports, and Kicker is right next to him, totally in his element. Andrew and Kicker go skiing, skateboarding, water skiing, and even hand gliding.

In the video clip below, Andrew and Kicker are shown sandboarding. Check out the fun video here:

Andrew says when he goes hand gliding, Kicker starts barking and running around joyfully. While Andrew is gliding, the dog sprints down the hills as Andrew is flying above him. Andrew remarks the only time he can keep up with his dog is when Andrew is hand gliding.

Andrew and Kicker have an incredibly close bond. They understand each other and communicate well with one another. They’ve spent a long time on the road together, meeting new people and new dogs. Andrew feels incredibly lucky to have a dog who enjoys being outside and keeping active as much as he does. 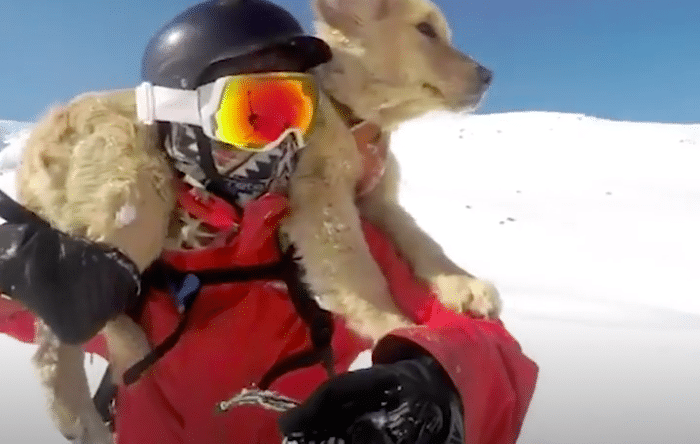 Andrew loves Kicker’s enthusiasm and says in addition to being a sports fan; Kicker is also a very loving dog. He is an all-around great canine companion for an active man on the road!