Winters can be harsh for stray or homeless dogs. They don’t have a warm home to sleep in, and they often end up suffering from injuries caused by the cold, such as frostbite and pneumonia. However, you’ll be amazed to know that there are irresponsible dog owners out there that neglect their pet dogs and leave them outside of the house in the cold.

A police officer named Eric McCombs happened to find a dog chained outside a home on a porch. It was in the middle of winter, and the temperature that night was minus twenty degrees. At this temperature, the dog can easily suffer from frostbite and pneumonia, which can lead to death.

Officer McCombs decided to take a closer look at the dog and saw that she was severely malnourished. Thankfully, the officer had some dog treats with him and started feeding the freezing dog. He also knew that he couldn’t leave the dog behind. The homeowner was nowhere to be found, so he decided to rescue the dog. 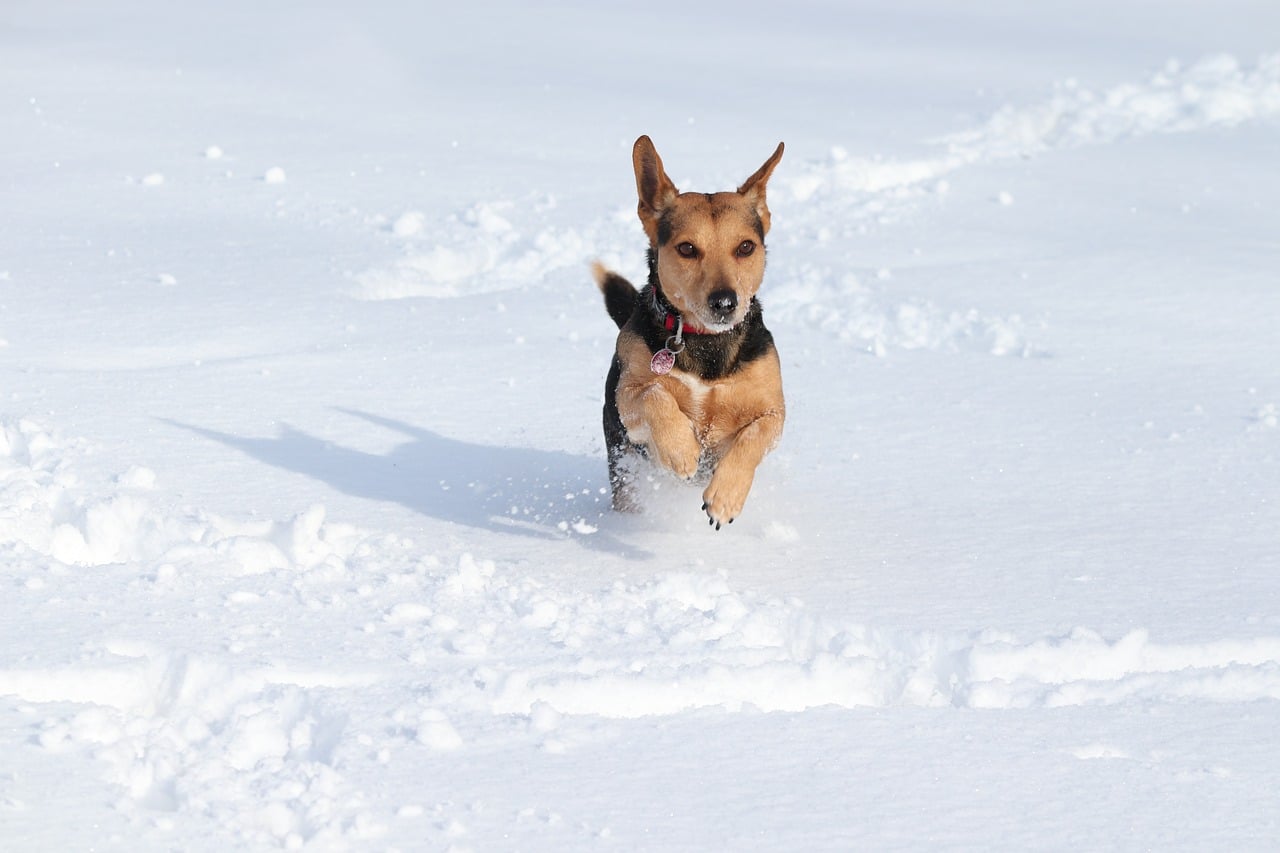 Officer McCombs untied the leash and led the freezing dog to his warm squad car. He could tell that the dog was afraid because its tail was tucked behind its legs. However, the dog’s behavior suddenly changed as soon as it jumped inside the police car.

The dog’s face lit up as if she knew she was in safe hands. Officer McCombs decided to take the dog to the Detroit Pit Crew Dog Rescue shelter. However, as soon as Officer McCombs started to walk out of the shelter, the dog wanted to follow him.

Officer McCombs couldn’t take his mind off the dog he just rescued. He knew that the dog deserved better than a large cage in a shelter. The police officer wants a better life for the dog he just saved. And, even though Officer McCombs already owned a dog, he decided to take on the responsibility for the one he recently rescued.

The next day, Officer McCombs went back to the shelter and adopted the dog and decided to name her, Sweet Pea. The kindhearted police officer saw that Sweet Pea didn’t know how to be a dog. She didn’t know how to jump on the couch, the bed, and she didn’t even know what peanut butter is.

After a few days, Sweet Pea completely came out of her shell and showed just how loving she is. Ever since Officer McCombs adopted Sweet Pea, her tail never stopped wagging. She learned how to play with balls and squeaky toys, and she even learned to play tug-of-war. Here’s a video of Officer McCombs rescuing Sweet Pea. Thanks to the kindhearted cop, Sweet Pea finally has a family that cares about her.