It all started when Kenny’s pawparent decided to buy him a bed. She went and ordered him one online, but she failed to consider one tiny, important detail: dog beds come in different kinds, shapes, and sizes. So when the bed finally came, everyone was surprised to find that it was way too small for Kenny. 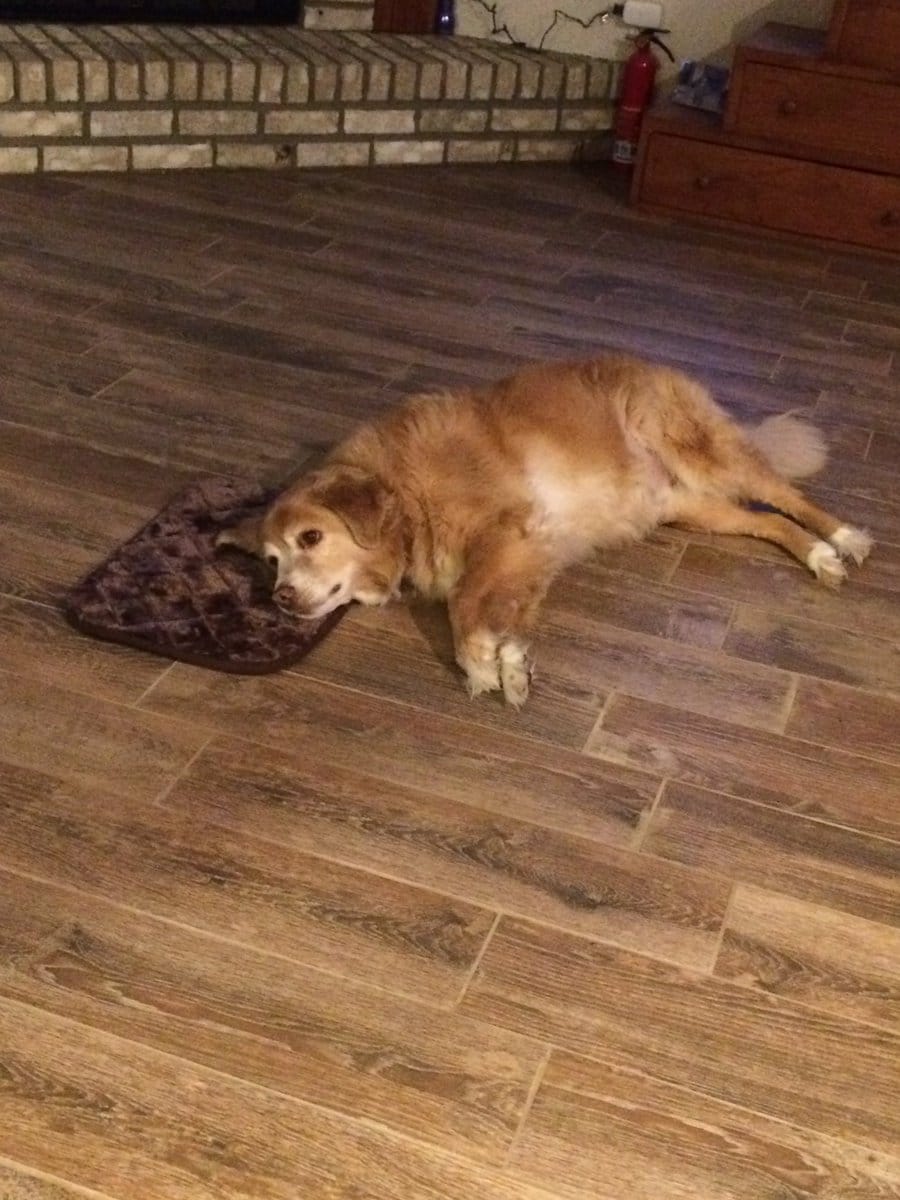 Not wanting to hurt his human’s feelings, Kenny does his best to make do with the tiny bed. To show how grateful he is, Kenny spends a lot of time putting his head or other body parts on the bed. He even tries to make his entire body fit on it, even if he knows it is impossible.

Upon recognizing Kenny’s efforts, his human sister decided to take pictures of him and post them on Twitter. The photos eventually went viral and were retweeted over 60,000 times and liked over 140,000 times. The photos also caught the attention of several mattress companies that decided to help the good boy out.

Good boy gets a treat

Hoping to give Kenny a good night’s sleep, several mattress companies gave him beds. Now, Kenny does not just have one bed he can fit on; he has three of them! He was also given a pillow that looks like a waffle to help him sleep better.

Out of gratefulness to the mattress companies, Kenny’s human sister thanked them the same way she let everyone know about Kenny’s funny story. She posted pictures of Kenny on each of the beds given to him. The pictures show how happy Kenny is with his gifts.

But even though Kenny already has more than just one bed he can fit in, he still lets his pawparent know how grateful he is for her original gift. Even when he is on one of the beds, Kenny still brings the tiny dog bed with him. Indeed, Kenny is a very good boy.